Baking with love since 1878

The company that we now know as Pågen began in 1878. Husband and wife Anders and Matilda Påhlsson began baking and selling bread at their home on Tallgatan in Malmö.

The year was 1878. Anders Påhlsson, model carpenter at Kockums Mekaniska, and his wife Matilda had baked bread in their home for some time and Anders had begun to take orders from his work colleagues, delivering bread to them at work.

When his employer found out, Anders was given an ultimatum, either stop selling bread, or quit working at Kockums, the local shipyard. He made his decision. He chose bread.

Together with Matilda, who had inherited some money, he founded A. Påhlssons bakery. They baked bread from their home and sold it straight from the oven. The crowd of loyal customers grew, and eventually the family opened a store next to the bakery.

Anders and Matilda Påhlsson were the first generation of the now over 140 year-old family company. Pågen is a family company on many levels. Many of today's workers are second, third, and in some cases, fourth generation Pågen employees.

In the 1950s, fresh food starts to be packaged. Påhlsson's bakery was amongst the first to package their bread and cakes. Their first packaging was a cellophane bag for thin gingerbread snap biscuits. Soon, Påhlsson's bread was packaged in waxed paper.

With packaging came the ability to sell throughout Sweden. At the famous NK department store in Stockholm, customers could now buy cakes from Skåne in southern Sweden, which was great and a novelty. Packaging gave the option of giving each different type of bread its own profile and an individual name printed on the bag.

When the Påhlsson family bakery moved from being local to national, there were new needs to be filled. The name Påhlsson's bakery was considered too anonymous. It needed a name that was associated with youthful vitality and with the company's origins. The choice was Pågen, the local Swedish word for 'boy'. In 1965, the name changed to Pågens Familjebageri AB, which was eventually shortened to Pågen AB.

Today we are around 1,500 employees who all bake with love. Our bakeries are located in Malmö and Gothenburg. 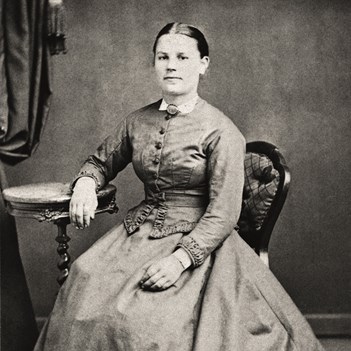 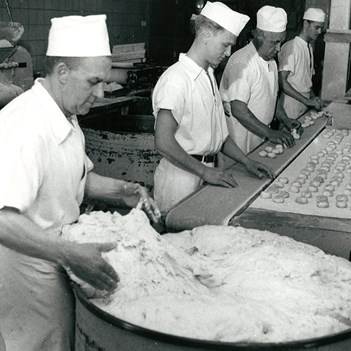 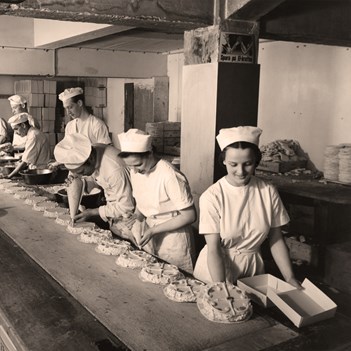 Baking with love This means caring about ingredients, products, consumers,...
Our classics Our range has some true classics that have been loved...
Bread & well-being Bread contains nutrients such as fiber, protein, vitamins...
Baking with love
Pågen uses cookies to improve your user experience on our website. If you continue by the options below, we will assume that you agree to the use of such cookies. Find out more about our use of cookies by reading our Cookie policy and our Privacy policy